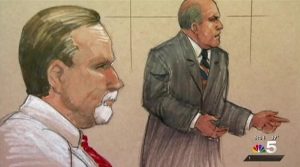 If you are accused of mail fraud or wire fraud, the statutes that govern these crimes could subject you to serious penalties. Do not go without legal representation. Consult an experienced Chicago & New York mail and wire fraud attorney from Nishay K. Sanan, Esq.

Mail fraud crimes can involve more than just the United States Postal Service. Crimes of this nature can also be committed through the use of other interstate carriers such as FedEx and UPS. According to federal law, a person must engage in some type of scheme to defraud another in order for the act to be considered mail fraud. Essentially, there must be an intent to defraud. If convicted of mail fraud, you could be facing prison, fines, probation, and / or restitution.

Wire fraud is similar to mail fraud but involves using electronic communication devices such as a telephone, computer, or the internet to defraud another person of their money or property. In order to be convicted of wire fraud, prosecutors must prove:

If you are facing a federal criminal charge or you are under investigation for a federal mail and wire fraud crime, you need to speak immediately with a Chicago & New York City mail and fraud attorney Nishay K. Sanan. Federal mail and wire fraud crimes are often associated with federal crimes, including Medicare fraud, mortgage fraud, or bank fraud. As a result, your charges could involve intrusive financial investigations and you will need to know your rights so that you can best protect yourself.